It was quite a busy day yesterday on the My Little Pony Facebook page.  Hasbro announced the release date for the Equestria Girls movie (on DVD this Tuesday!  which makes it the widest release!) as well as the toy line associated with the spin-off.

As I have been tracking since the beginning of the marketing for the spin-off (starting here, then here, and here), there has been a lot of displeasure among the professed fandom of bronies, to both the movie and the toys.  The amount of in-fandom fighting has been particularly keen on the representation of the ponies as quasi-humans, and the new toy line only drives home the pony/human hybrid that has been created by Hasbro.  The criticisms range from anorexic to sell-outs to disingenuous — with very little voiced reflection as to whom the toys are actually meant.  (Hint: it is not the bronies.) 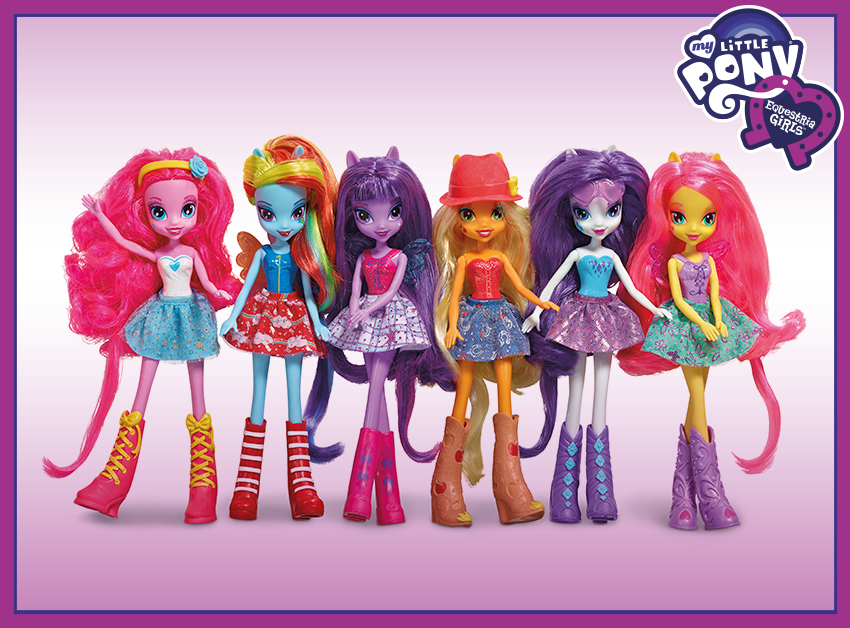 But I was still taken aback by how many people were voicing there displeasure over the toys.  In 14 hours since the image of the toys was released on the Facebook page, the posting has generated 1400 comments.  That is the most of all the marketing information I have seen released on Facebook — especially when the amount is compared to the time length in which they could have commented.  And many are commenting by using memes that reflect their displeasure and disbelief over the toys.

What is fascinating here is not so much that the people are reacting this way — well, no, I take that back.  It is the reason this is fascinating: here we have adults from around the world responding to a toy as if it was meant for their consumption when in fact it was not.

Does Hasbro really care what the bronies think as long as the children buy the toys and the movie?

Hasbro may dislike having their Facebook comments sections become these virtual forums of vitriol, but very little of this is probably reaching the target audience for MLP:FIM, since few parents allow their young children to have Facebook accounts.  And, as other companies have learned, it is best to allow loyal consumers, aka fans, the place to vent in social media, or else that vitriol could really backlash against the company.

I would really like to talk to any of the Hasbro marketing team, to understand their perception of the bronies and the bronies’ reaction to Equestria Girls.  Is Hasbro intentionally creating these virtual forums?  Do they have the Facebook page more for the bronies than the target audiences?  Have they actually been that strategic in their marketing activities, or are they just going along with the idea that social media is good for marketing, and are not considering the fractured fandom that is their market?