This political season has been fraught with them: political memes.  Pictures and videos combined with political messages to comment on and/or parody some aspect of the various campaigns engulfing various parts of the nation.  From “binders full of women” to “the 47%”, people have been using social media and the phenomenon of Internet memes to express their political ideas, and perhaps indirectly their political allegiances.  Some campaign experts and traditional media are starting to pay attention to these social media spreads as if they can learn to capture memes and co-opt the meme-makers and networks for their own ends.

But would that matter?  What is the persuasive impact of political memes?  I theorize an answer to these questions in my latest article for Clearance Bin Review. 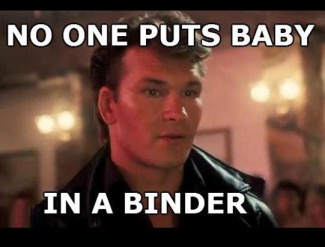 But what say you, dear readers?  My thoughts are outlined in my article at CBR, but they are in need of some empirical testing.  Do you think political memes can have an impact?