Let me start off by saying we are not discussing “guilty pleasures” here. A guilty pleasure is when someone engages with something they know to be “bad” but they get pleasure out of doing it. So a person may feel ashamed or embarrassed about the engaging, and may do it in secret so that others do not find out about their guilty pleasure. I watched an ABC romantic comedy series called Men in Trees that I was ashamed of watching because it was a bit of fluff and people made fun of it.

Watching something as a guilty pleasure is different from hate-watching something just to snark on it or be an anti-fan for it. According to Davies (2013), hate-watching involves watching something to mock it, usually with other people – but I think the comments to the piece get at the idea of hate-watching better. Sometimes we engage in something just to laugh at it, not with it, or because we want to see what everyone else is talking about so that we can also be a part of the conversation. When I was forced to go see Batman v Superman: Dawn of Justice in the theatre, I went in with a complete hate-watch frame of mind. Given the trailers I’d seen, I knew nothing about the movie was going to make me like it. I started criticizing it almost immediately, and apparently I was loud enough that two women sitting in front of me turned around and yelled at me. Now, on the other hand, I will admit to liking Batman Forever despite it being absurd and not really good – it is my guilty pleasure.

So why do I snark? Well, first let’s be clear on what snark is. Basically it is saying mean things about someone or something. As David Denby told Kozlowski (2009), snarking is about attacking an opponent, and it seems to be a foundational aspect of Western civilization as it has been going on for centuries. This idea makes sense in this way: given the importance of argumentation to democracy, snark is a way to win an argument by flustering an opponent. By mocking your opponent, you move the discussion away from rational arguments to irrational jobs and jests, with the ability to claim “just kidding” should it cause pain in your opponent. Thus, snark allows a person to vent and rant about something they dislike, within the safe confines of jokes.

At the same time, snarking demonstrates passion – just passion that is more negative than we usually associate with fans. Blogger Jessica (2012) gives this explanation for what makes snarking fun to do: “When you write negative reviews, either they’re barking or snarking, you’re transforming the lemons you were given into lemonade.” That is, when we engage in something that we deem to be bad, we have to find some way to make the experience enjoyable, and snarking can be the way to do so. I had literally no fun watching BvS after the women got mad at me. I just stewed through the rest of the movie and afterwards since the people I was with seemed okay with it. But had I been able to rant and rave about how horrible it was (and OMG it is horrible), then I would’ve been a lot happier. 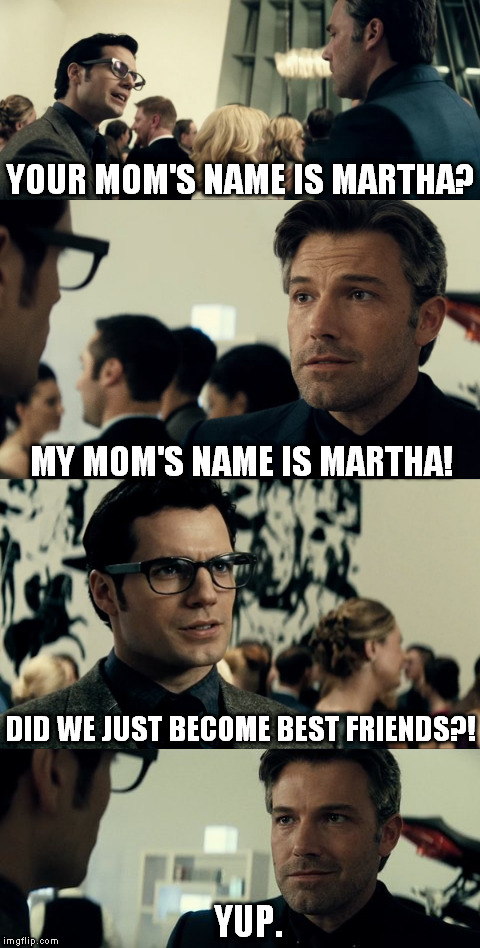 But, I wouldn’t go so far as to say I am an anti-fan of BvS. Anti-fans are those who identify themselves through their hate-watching and snarking of something. They engage in such activities consistently and in communities of like-minded individuals. According to Gray (2005), anti-fandom involves people hating or disliking something as much as someone who has “as strong and admiring, affective relationship with a text, and they can produce just as much activity, identification, meaning, and ‘effects’ or serve just as powerfully to unite and sustain a community or subculture” (p. 841). If to be a fan is to love something, then to be an anti-fan is to hate something. The anti-fan loves to hate, and derives pleasure from venting with others. Thus, both the anti-fan and the fan receive pleasure from the communal nature of their fandom.

I have never gotten that far in my hate-watching and snarking. Blogger Syera (n.d.) argues that good anti-fans should be focused on making good arguments about why something is bad – simply making the judgment without reasoning and evidence is not enough. I try to do this when I discuss my problems with BvS, but I do not actively seek out places and people to have these discussions. If I did actively seek out such conversations, and enjoyed that communal aspect, then I would consider myself an anti-fan.

Syera (n.d.) also discusses that a good anti-fan would not extend their judgment of the text to the fans; that just because they hate the text doesn’t mean they should also hate the fans. Harman and Jones (2013) argue that this type of reaction can happen when anti-fans position themselves as the gatekeepers and arbiters of good taste. This occurs when anti-fans draw on social and cultural values of “good versus bad” or “appropriate versus inappropriate” to label themselves as superior and position the fans as inferior. Instead of seeing “taste” as based on individual preferences, some anti-fans will look down on fans as representing a low culture that is distorting a society or culture’s high culture. I will admit that I have done this, where in moments upon reading a fan’s defense of BvS, I roll my eyes and exclaim “young people these days don’t have good taste!” But I catch myself before responding to them – I prefer to hold my snark for alt-right white supremacists, and even then I catch myself so that I am not harassed into retreat (or worse).

Thus, different people have different interpretations of the same text, leading some to be anti-fans, some to be fans or even superfans, and others still to be nonfans (Gray, 2005; Harman & Jones, 2013). Understanding all of these interpretations, and how these different groups react to one another, can better help us understand the impact of the text in a society or culture.

Getting these perspectives is important when we consider the role various the media play in serving as a “cultural forum” in which we see and engage with the values of a culture (Jensen & Helles, 2011). Indeed, if the internet serves as our culture’s and society’s chief cultural forum (and by extension various cultures and societies around the world, if not a global culture and society itself), then that means it has become the public space in which we discuss all our beliefs, values, and worldviews. We do so by directly engaging with one another, but also by engaging with the texts people make – texts that could be something big and traditional like television shows and movies, or something smaller and recent like memes and tweets. All texts contain meanings encoded in them by those who created them; these meanings are then decoded by people, and how people decode them is, well, based on a lot of different factors. The idea is that one text can be interpreted a thousand different ways by a hundred different people (yes, I meant for those numbers, just to show how many different ways are possible).

Since the internet has become such a primary public sphere, and since a strong public sphere and public discourse are fundamental to a well-functioning democracy, then how people interact with one another online is important for a strong, democratic political system. If fans and anti-fans cannot communicate with one another about their differing interpretations of a text, then how can we expect them to do so about political matters?

Davies, M. (2013, February 6th). “’Hate watching’ is mostly just being embarrassed by your own tastes.” Jezebel, retrieved from http://jezebel.com/5982222/hate-watching-is-mostly-just-being-embarrassed-by-your-own-tastes.

Syera. (n.d.). “How to be a good anti-fan.” [Blog post]. Retrieved from http://www.springhole.net/other/be-a-good-antifan.htm.

One thought on “Anti-Fans and Political Public Spheres”