My last two posts for Clearance Bin Review as Dr. Geek have been considerations for the future of gaming given some technologies that are scheduled to be released this year.  These technologies all share a common aspect: they appear to be challenging the traditional console gaming market, whether by hardware, interface, or game distribution. 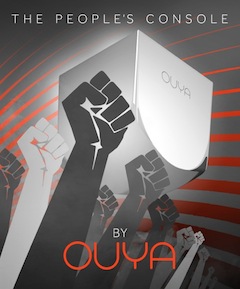 In my article on the upcoming console system Ouya, I discuss how the open source philosophy of certain circles (and even the very foundation) of the web is now influencing a new concept in video game design; it will be interesting to see how much of a dent the Ouya, at $99, is able to make in the marketplace dominated by big names in consoles and game development.  In my other article, in which I review the implications for gaming that came out of the recent Consumer Electronics Show, I consider how these new technologies — from NVidia’s new handheld system to Oculus Rift’s virtual reality headset to Valve’s attempt to create hardware for their Steam system — reflect this attempt to revolutionize what has become a stagnant console gaming industry.  There is so much potential for, if not revolution, then at least evolution this year in the arena of gaming that I do hope at least some of these technologies make it to the consumers, as it is up to them to decide what path we should take.